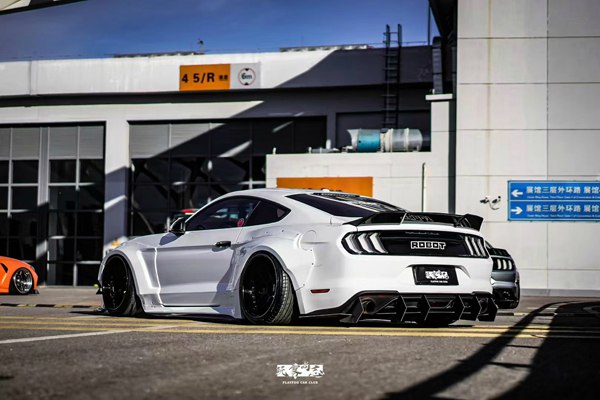 In 1962, Ford developed Mustang I, the first concept car of Mustang. It is a two seater sports car with a middle engine. The name of Mustang is to commemorate the legendary P-51 Mustang fighter of the US military in World War II.

Because the two seat design of Mustang I Mustang concept car was too practical, it was rejected by Ford’s senior management. In October 1963, Ford launched Mustang II concept car, changing the layout to engine front and adopting four seat layout. On April 17, 1964, the first generation mass production version of Mustang was officially released at the New York World Expo after repeated argumentation and modification by Ford team. Since then, Mustang has officially demonstrated its style to the world. The price at the time of launch was US $2368. Ford’s schedule was well timed. At this time, the post-war baby boom generation had just entered the age of buying cars. The requirements of this generation for cars were very different from their parents. They wanted to publicize their personality, so Mustang came into being.

The iconic extended engine cover and short rear deck mark 40 years of history. Just as the following classic design styles have become the symbols of Mustang since the 1960s: the c-opening on the side of the body, the three-dimensional tail light and the symbol of a galloping horse in the middle of the water tank shield. The ferocious, shark like nose of the Mustang conveys to us a feeling that has been elusive since the models in the late 1960s. The circular headlights decorated with gems placed in the trapezoidal space are a manifestation of Ford’s amazing innovative design ability. This special muscle car chassis is a completely new product. It is equipped with a front suspension that can be called a handicraft and an accurate three-way rear axle with a panhard rod. These, together with the precise direct steering system and the powerful disc brake, I believe that Mustang will definitely give you a higher level of muscle car driving experience.

The appearance is simple and unadorned, but it radiates a kind of wild nature from the bone. The simple appearance without affectation, which is mainly practical, is a prominent feature of Mustang. The front face is too conservative. Compared with ordinary cars, it is not much different and does not show the domineering spirit of sports cars. The two fold lines on the engine compartment cover finally adjusted the atmosphere for the whole front part. The whole movement seems to come from the Mustang logo of the Mercedes Benz. The black honeycomb shaped heat dissipation grille further sets off the momentum of the chrome plated logo. It is said that the eyes are the window of the soul. It seems that the dull headlights should be mainly responsible for the low momentum of the whole vehicle.