Tesla Model3 airbft airride, which play do you prefer?

Tesla Model3 airbft airride, which play do you prefer? 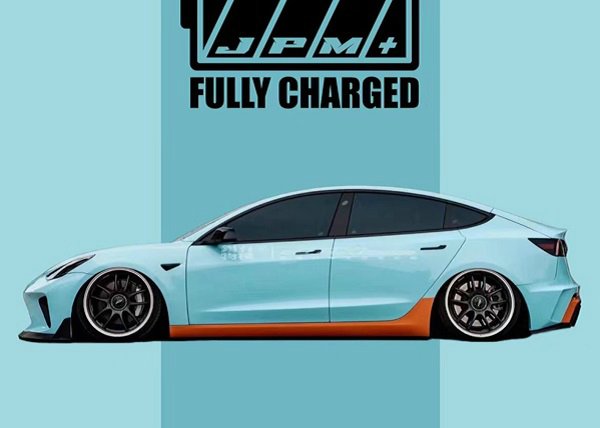 Of course, Tesla Model 3 is more than a style. Not everyone yearns for fighting atmosphere and thinks about how to improve performance all the time. Playing with refitting also represents a kind of personality. In many cases, you don’t need the car to run fast, but it’s best to keep the most handsome state all the time and reap the return rate on the street.

If the above case represents the performance orientation, this case must be a posture type. Although the appearance kit is not as exaggerated as the above wide body, the overall effect is lower.

The modified part of the front face is aimed at the lower lip. The whole is relatively simple and more in line with the shape of the original car.

The elements of side skirt and rear spoiler are also necessary. Coupled with the duck tail shape, this series is the usual way of appearance modification.

The whole vehicle focuses on the suspension modification. The pneumatic system is adopted to reduce the body height as much as possible. The wheels are directly hidden in the wheel arch to create a feeling of low lying down. Such visual effect can often attract the attention of passers-by.

Plus the exaggerated wheel rim and a little inclination, it is the most eye-catching part of the whole vehicle modification. The simple and beautiful body with exaggerated wheel hub and body height is also the most commonly used means for posture players.

During normal driving, the pneumatic suspension can restore the vehicle height to the normal height and prevent the inconvenience caused by the low chassis.

Although Tesla represents a new generation of vehicles, it is at the forefront of technology at the driving level. However, model 3 can be cool and cute when it comes to refitting. It can play different styles and features according to the collocation of different refitting parts. This is the charm of refitting. Which of the two Tesla Model 3 modification cases do you prefer?

The modification cases of model 3 are also blooming everywhere. Unlike traditional fuel vehicles, Tesla’s modification is mainly aimed at the appearance and chassis. In terms of power, it is still difficult to move hands and feet, and the original power plant of electric vehicles is enough. Taking the model 3 performance all wheel drive version as an example, it adopts the front and rear dual motor layout, with a total power of 339kw. It can freely switch the front and rear transmission ratio, so as to drive a variety of styles of front drive, rear drive and four-wheel drive with one vehicle. The driving system is indeed quite powerful.

Tesla Model3 airbft airride, which play do you prefer?Information published on: 2022-6-27