The official website of airbft airride introduces:Produced by JPM, Tesla Model3 airbft airsus has improved appearance and power，In terms of appearance, the biggest difference of the modified model is that the honeycomb mesh decoration is added inside its closed air inlet grille. 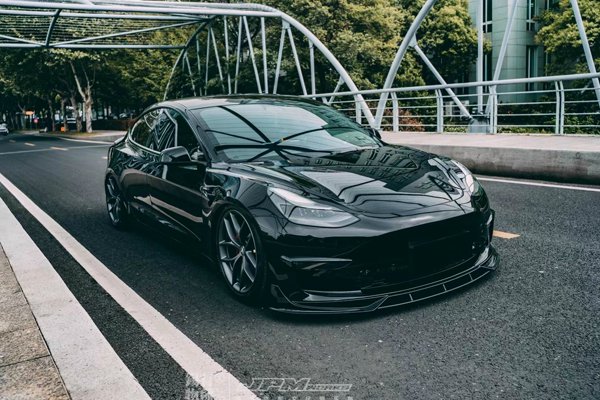 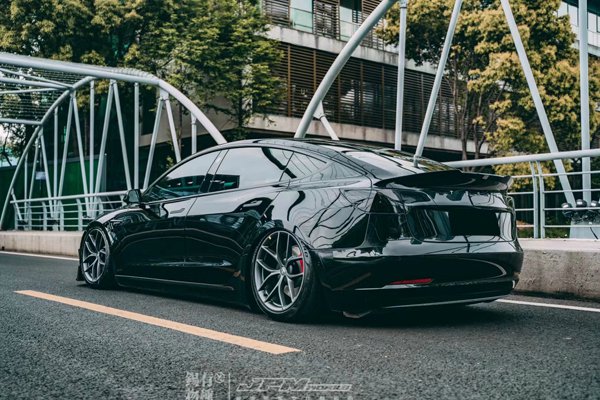 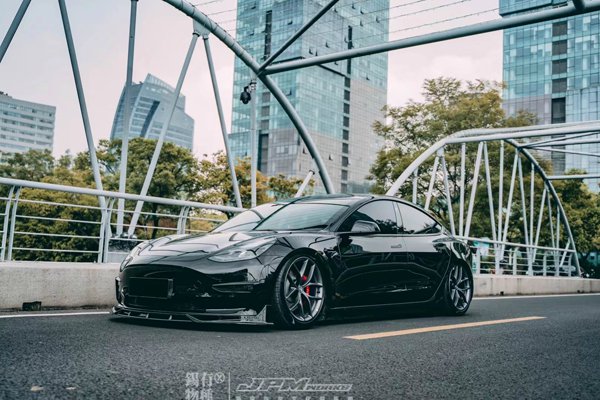 In terms of appearance, the biggest difference of the modified model is that the honeycomb mesh decoration is added inside its closed air inlet grille, and the jacquard decoration is added in many places, such as the bonnet, under the door, rear-view mirror, above the front windshield and the rear compartment. The black body is supplemented by gray and red decoration, which is particularly fighting. Coupled with the carbon fiber front shovel in the front face, the whole vehicle has a full sense of movement.

It is worth mentioning that the modified model is also equipped with 21 inch platinum gray multi spoke rim, the tire size is 235 / 30 R21, and the interior is embedded with red brake calipers and red line decoration. It is also equipped with airbft’s air shock absorber package, which not only reduces the beauty of the body, but also enhances the support, and greatly improves the vehicle handling.

In terms of interior decoration, there seems to be no targeted modification scheme this time, which seems to be no different from the original factory. It still cancels the traditional instrument panel, retains the minimalist design of the central control LCD screen, and the materials are still leather, plastic and wood decorative panels, without the replacement of movement direction. In terms of power, the modified model is equipped with front and rear dual motors and adopts four-wheel drive. The maximum output power can reach 405kw and the peak torque is 720 n · m, which exceeds BMW M3 (375kw, 650 n · m) and the original high-performance Version (340kw, 639 n · m). In terms of endurance, the modified model did not disclose the battery pack and endurance performance.