Airbft air suspension website introduces you:A targeted BMW E93 335i airride,In the automobile refitting industry, there is a phenomenon that has become more and more frequent. Some people are accustomed to it, and some people selectively ignore it. 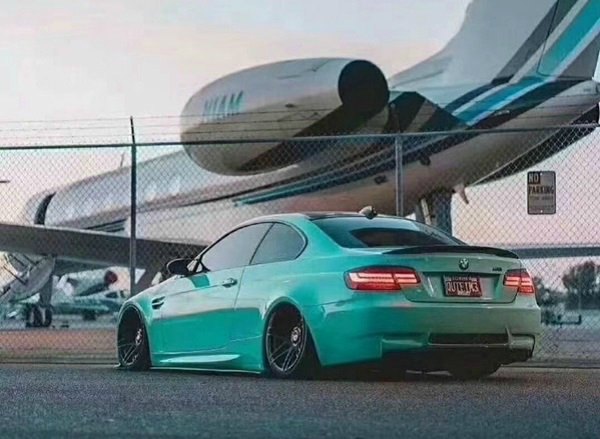 I mean those works with vague positioning, and I can’t see which direction the owner is building. The show car pretended to be a racing car, or built a racing car according to the standard of the show car, so that the owner was finally reluctant to leave the track. This is often because the initial plan and goal are not clear, so the result is naturally not satisfactory.

Generally speaking, everyone’s enthusiasm at the beginning is very high, eager to leave their mark on a car. The original intention is always good, but in the process of building, it begins to deviate from the direction. For example, we will buy a new modified part. Although it may not be suitable for this car, the impulse to buy makes us ignore these.

Who dares to say that he has never gone through such a detour. From a macro perspective, this is not a bad thing, because we can distinguish between excellent and rough works through these.

Not everyone has the ability to have a clear plan from the beginning and stick to it all the time. In addition to discipline, you also need strong self-control to ensure that you will not deviate from the right track. Knowing enough is the core element that many people will ignore.

Today’s car owner is a typical example. He always knows what he wants and has a plan before he starts to build a car.

BMW’s E93 convertible is not a popular model in the modified world, and it can even be said to be the most unpopular existence of the e9x generation. Whether it’s a four door sedan, a hard top sedan, or a station wagon, we’ve seen many wonderful works. But E93 is perfect in the eyes of the owner.

The car owner not only got fun from participating in and displaying his works, but also was keen on road travel with his relatives and friends. Whether in his native Ireland or having to take the ferry to Britain, he loves to drive his own car.