The official website of airbft air suspension will share many cases of airride. The following are:Lexus LM airride “aristocratic toy”. 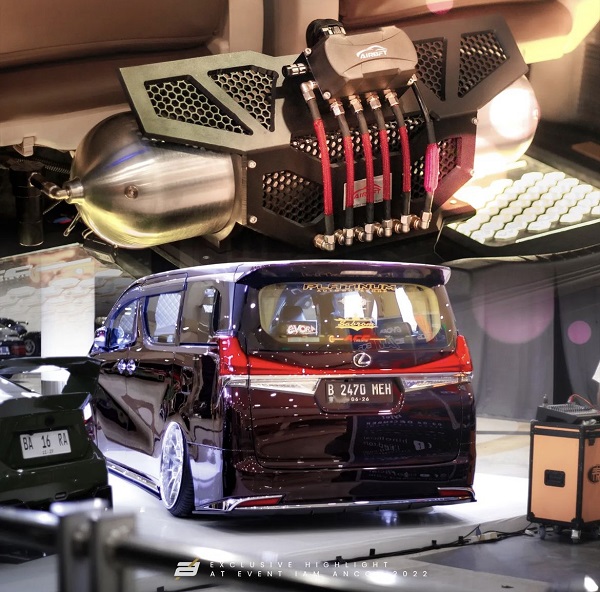 After the launch of the new LM, the top car owners circle issued WOW praise. It turns out that luxury cars can do this! This car is a milestone of Lexus (also the automobile industry). This is the exclusive product created by Lexus for the top users in East Asia with oriental thinking. This bold move has never been taken in the industry.
The brand new LM stands on the basis of Toyota’s 50 year manufacturing history of Minivan and goes further towards the luxury Minivan. This is Toyota’s first attempt at a four seat configuration. In addition to family use, Minivan attaches great importance to commercial use for the first time.
Jigang Xianyi, the chief engineer of the new Lexus LM, defines it as the “second study” of business elites. In my sales communication with Lexus dealers, we can see that Lexus has made targeted plans for transparent space, privacy, atmosphere, versatility, seats, etc. that users care about.
According to Heikawa Yazhi’s point of view, oriental architectural thinking is from the inside to the outside. For example, a teahouse should take the chair of the owner as the starting point, and all the design should extend outward around the chair layer by layer. Along the master’s line of sight, the natural scenery of the windows and doors can be incorporated into the master’s aura.
The design idea of the new LM is similar. The seats of the rear row passengers are the starting point of the planning, so as to strive for a more spacious, comfortable and quiet ride experience.
Users at the brand new LM level need not only physical spaciousness, but also spiritual spaciousness. Quote the view of Yoshioka Xianyi Team: Freedom of Body and Mind. Users of the new LM need to relax physically and mentally.
Therefore, the height from the floor to the ceiling in the new LM car is 1350mm, and the vertical space is very considerable. For the 7-seat version of the new LM, the passengers in the second row can obtain a maximum space of 850mm from the seats in the first row; If it is a 4-seat version of the new LM, the distance between the rear row passengers and the front row (private screen window) has increased to 1150mm; In addition, the interior width of the new LM has even reached 1590mm. Obviously, the new LM hopes to satisfy users’ pursuit of space in multiple dimensions.
At the same time, the design team has also done a lot of work in terms of spiritual spaciousness. As an important means of regulating emotions, lighting has been applied to the new LM. The ceiling of the new LM has 16 color atmosphere lamps with 4 levels of brightness adjustable for selection. The rear lighting has three brightness levels, which can cover multiple application scenarios such as reading, baby sitting, and meditation. The second row has a special reading light, which is similar to the lighting equipment on the aircraft and can be rotated to adjust the angle; It also has 4 levels of lighting brightness and memory function, which can be traced back to the previous brightness when it is opened again.
The new LM also uses the extension of lines and surfaces to create a visual sense of space in the interior design. But engineers also have to consider the privacy requirements of elite users, so the new LM has the idea of “screen (private screen window)”.
Screen is a unique symbol in oriental culture. Jiang Feng, a scholar in Japan, said that in high-end barber shops in Japan or China, technicians wash the hair for customers before cutting. It is taboo for others to see our facial muscles and skin pulling to both sides when we lie flat, with no aesthetic feeling on the face. These barbers will provide a service to cover your face with a small square when you lie down. In a particular dental clinic, nurses will also cover the legs of patients wearing skirts with a blanket to prevent them from worrying about going naked. In Japanese noodle restaurants, diners who are alone can choose small single rooms with stalls.