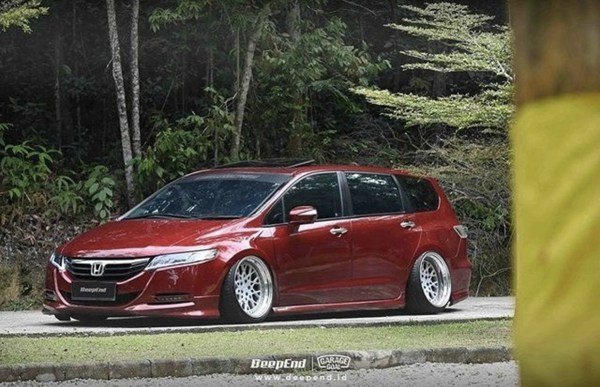 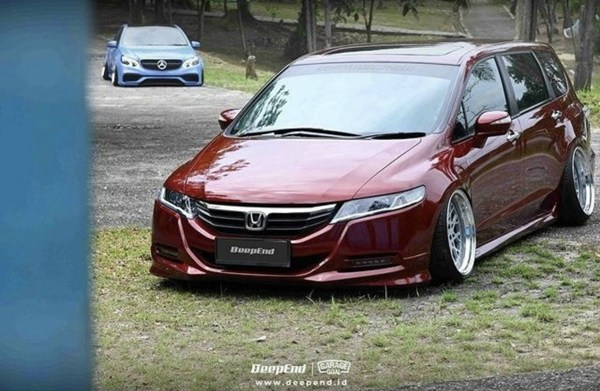 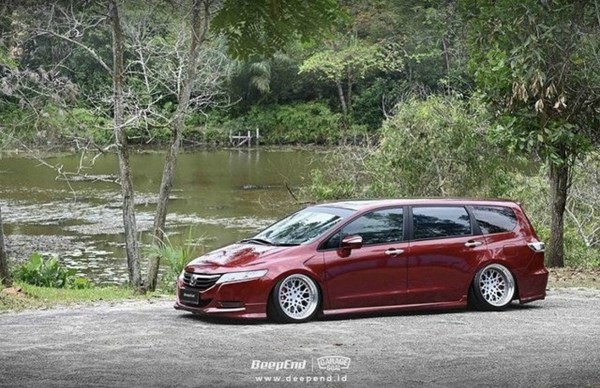 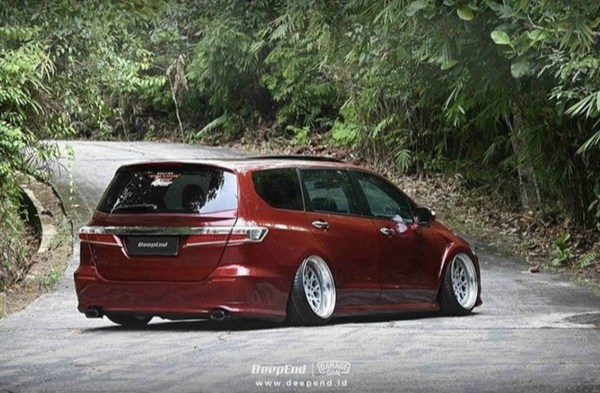 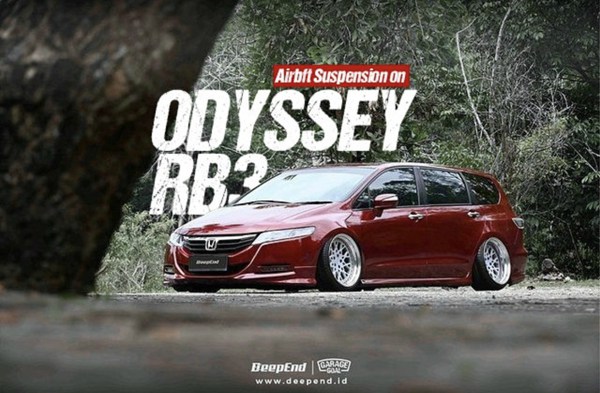 What is MPV? MPV is defined by many people as a pure household vehicle or commercial vehicle. But in Japan, MPVs such as Toyota Alpha and Honda Odyssey are also popular with young people. Needless to say, large space and strong carrying capacity are the advantages. In the case of multiple peers, MPV is the first choice.
Many people think that 90% of people who start MPV are mainly household. If a MPV needs to be modified, there is basically nothing that can be modified. In fact, this is a very wrong view. In my opinion, there are no cars that cannot be changed, only people who do not want to change.
There are also VIP players in the Odyssey, but how to play these games is out of a car loving heart. However, the style of this Odyssey is amazing. In addition to the common VIP style modification in Japan, many people also make the MPV model into a gorgeous low car, and have to admire the author’s forward thinking and creativity.
Usually, the car owners who change Airride want to lower the car body as much as possible. The effect they want is to stick to the ground infinitely, but usually they can only lower it to the lowest when they are still. However, if the height is adjusted to the lowest when driving, because the front wheel will touch the fender when turning, even if the vehicle is driven in a straight line, the shock absorber will bounce up and down when bumping, which will make the tire rub the sand board, so you should not adjust the shock absorber to the limit during driving.
For the whole refitting style, in addition to using the pneumatic shock absorbers to lower the car as much as possible, four rims with large J values and large throw edges are also replaced. The front and rear wheels must have exaggerated camber, or else the rims with exaggerated data will not be tolerated at all. The conclusion is that the overall visual effect will come out immediately.
Some vehicles are already outside the body, so wide body wings must be made to cover the wheels. Therefore, in this state, only static viewing is allowed, instead of driving on the road, and steering cannot be realized at all.
Maybe the first thing you think of is trafficability. The reality is in front of us. The domestic road conditions are not very ideal. The roads in the first and second tier cities are not 100% flat. There are always several spectacular wonders, either the Great Rift Valley of East Africa, or the lunar crater, or the yellow and black speed bumps, not to mention the road conditions in other county-level cities. It really takes a lot of courage to play such an exaggerated appearance modification, which may be the attitude of players.