The official website of AIRBFT air suspension will share with you the pictures of modification cases of airride enthusiasts from all over the world, and provide reference schemes for more airride enthusiasts. The following are:Eight generation Civic Scissor Gate Large Tail Wing airride. 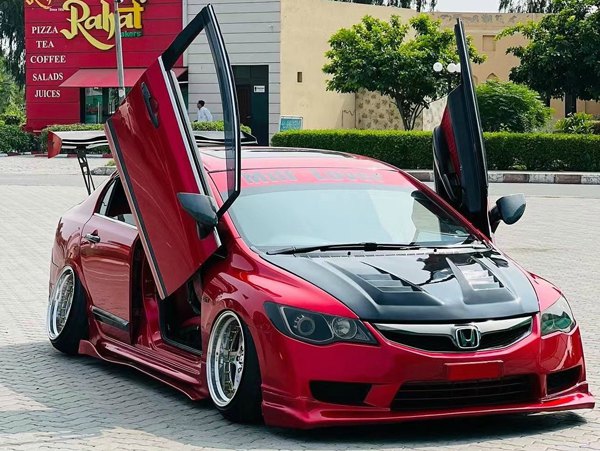 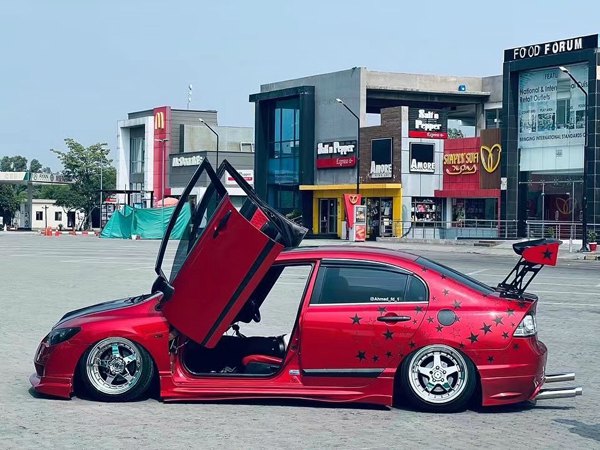 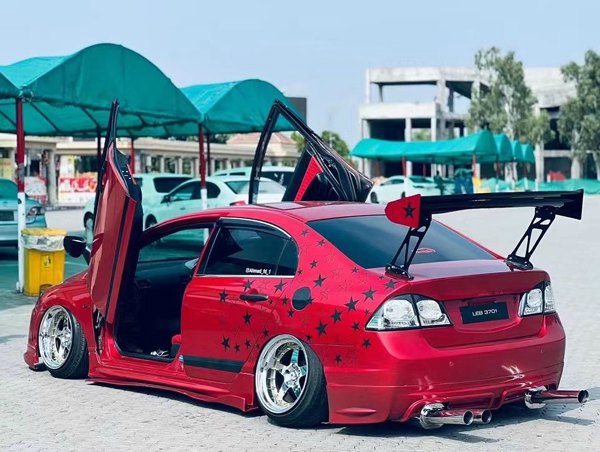 In 2005, the eighth generation Civic was introduced, and two suspension structures appeared for the first time in this generation of models. The models sold in Europe used the front McPherson independent suspension+the rear torsion beam non independent suspension, and the front McPherson independent suspension+the rear double wishbone independent suspension used in other markets.
Why is the suspension of the European Civic different? In a word, it is because the three door and five door models sold in Europe are built on the platform of Fedo.
Since this generation of models is divided into European and non European versions, the two versions of Type-R, code named FD2 and FN3, are produced in different regions. FN2 for Europe is still produced in Swinton factory in the UK, while FD2 is returned to Suzuka factory in Japan.
Full text summary: Since the seventh generation model, the Civic has become more and more mature. In terms of household use and performance, Honda can achieve different results with a little change on the same chassis. As for the “high” Civic Type-R, it emits a murderous air from the inside out. Especially after the replacement of the 2.0L engine, the maximum power is even higher than many 2.0T engines today. With its lightweight body, it has the strength to fight bravely.